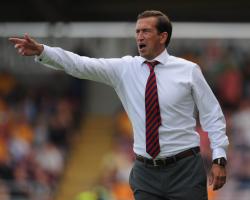 Newport County 1-1 Cambridge Utd: Match Report - view commentary, squad, and statistics of the game as it happened.Willmott late show denies U'sNewport midfielder Robbie Willmott struck in the 90th minute to snatch a dramatic 1-1 draw with Cambridge United.Luke Chadwick looked to have secured Cambridge a fortunate win against the run of play at Rodney Parade, but Willmott smashed home Yan Klukowski's cross to deny the visitors.A point was the least the home side deserved having dominated the match only to be frustrated by goalkeeper Chris Dunn and the woodwork.Aaron O'Connor, Chris Zebroski and Mark Byrne all went close before the break, though Lee Minshull posed the biggest threat.The tall midfielder had an early effort cleared off the line before forcing an impressive one-handed save from Dunn.After a goalless first half, Chadwick replaced Ryan Bird only to limp off in the 53rd minute with a suspected hamstring problem

Yet his brief cameo still managed to break the deadlock.Tom Elliott, later booked, teed-up the former Manchester United wing who curled in a wonderful effort on 48 minutes.Byrne struck the crossbar from distance before Willmott raced on to Klukowski's pass late on